by Ariana Ostrow
2 weeks ago
213 Views 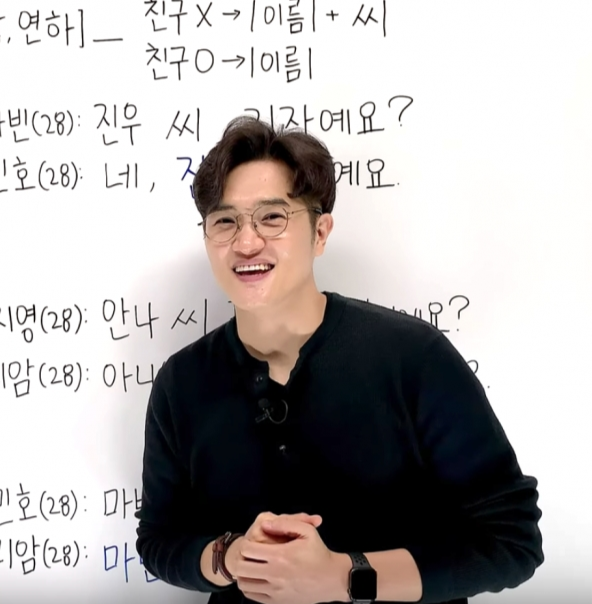 If you suddenly got interested in learning Korean after listening to K-POP music, probably BTS, or watching a Netflix Drama ‘Squid Game,’ you might have heard of ‘LEARN KOREAN IN KOREAN.’ If you haven’t, take a look at this article. Because I’m about to tell you the best Korean learning channel that teaches you Korean literally in Korean.

‘LEARN KOREAN IN KOREAN’ is a Korean language education service for foreigners created by a Korean teaching expert with plenty of experience. This service is being used as a popular class on the Discord Korean education server operated by ARMYs, the BTS fandom.

Tae-Seong Kim, CEO of LEARN KOREAN IN KOREAN said, “There are more than 100 million potential foreign learners. Even if they don’t come to Korea in person, I want to provide enough learning opportunities in offline classes which is the main purpose for the program’s development. Learners’ responses are also very positive and learning Korean without using English or Roman characters leads to a better understanding of the meaning. Several comments state that one truly likes this immersive education method, and one has learned Korean through several paid apps, but watching one or two LEARN KOREAN IN KOREAN videos was much more helpful. Whenever I see such comments, I gain strength”, he added.

He has more than 10 years of experience in Korean language education for foreigners. “More than 90% of foreign learners are from non-English, and most foreign Korean learners are unable to learn Korean due to the lack of English proficiency. We have launched an online Korean language education service to ensure equal opportunity for everyone around the world to have the right to learn” he said.

In addition, “LEARN KOREAN IN KOREAN” reflects the characteristics of Korean that vary subtly depending on the relationship and situation between the speaker and the listener, allowing them to speak Korean without awkwardness subject to the situation.

In particular, a Korean language education program that can be applied directly to real-life was created with examples of sharing situations such as informal speech, honorifics, formal conversations, and formal presentations that foreigners tend to have difficulty distinguishing. This prevents confusion that sets off from the difference between the Korean language learning through the Korean textbooks centered on written language and the Korean spoken in their daily life, and it eventually makes them feel confident in speaking Korean. In particular, it is expected to be useful for married migrant women, foreign workers, and international students who need to apply Korean directly to their daily lives.

Moreover, it will expand its service by establishing an AI automatic evaluation system that automatically evaluates learners’ Korean speech in real-time. It will be nice to look at the great beginning of the most congenial and attractive Korean learning service by subscribing their channel.